Five fire engines were called to Southwark Street on Monday evening to deal with a small fire at the historic Hop Exchange building. 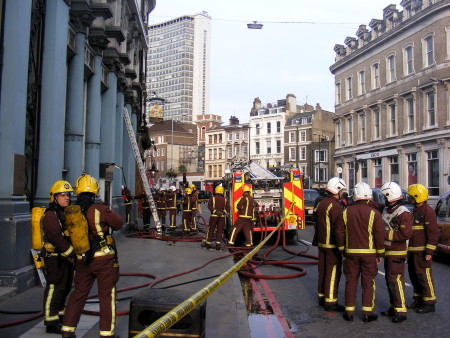 Firefighters outside the Hop Exchange 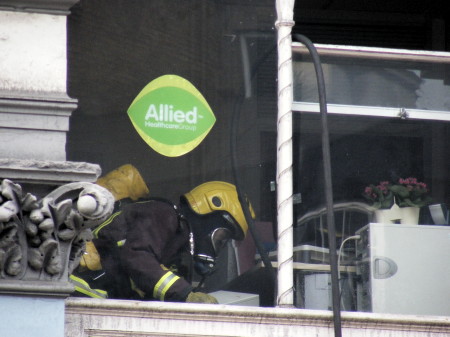 The fire was at the eastern end of the building, close to the Southwark Tavern.

The Hop Exchange, which dates from 1867, was the centre for hop trading for the brewing industry. It now provides office space for a range of tenants including Allied Healthcare.

Monday's fire was a much smaller incident than the blaze in 1920 which led to the top two floors of the building being removed.