The Mayor of London has effectively ruled out the installation of a pedestrian crossing at the junction of Tower Bridge Road and Abbey Street despite strong support from local residents. 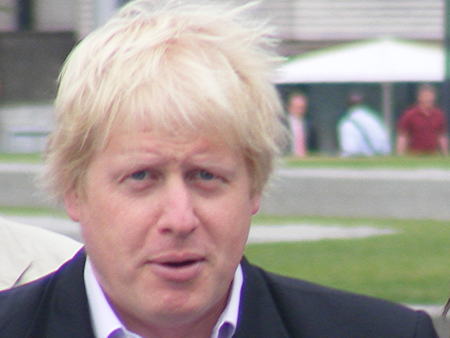 Boris Johnson: "TfL cannot at this time prioritise changes at this location"

Mayor of London Boris Johnson, who is also chair of Transport for London, said this week that as there have been more accidents at other junctions in Southwark there was no prospect of a new crossing at this location.

Mr Johnson was responding to a question tabled by Caroline Pidgeon AM who told the Mayor that there have been 13 collisions at the junction in the past four years.

"The most recent collision statistics indicate that eight collisions occurred in the 36 months to 31 July 2010," said the Mayor.

"This collision rate is not above the average at a junction for boroughs in central London. In a collision study earlier this year, TfL found that over the last three years to 31 December 2009, there were at least 24 other junctions in Southwark with a higher collision rate.

"Therefore, based on the current collision statistics TfL cannot at this time prioritise changes at this location."

Local councillors have vowed to continue their campaign for improvements at the junction; their petition can be signed online at http://tinyurl.com/pedestriancrossing

"This junction is a daily nightmare for hundreds of local residents," says Cllr Mark Gettleson. "There is no safe way of crossing it."

"I am disgusted that Boris Johnson's office say there haven't been enough collisions to make them put in a pedestrian crossing.

Why should our community suffer simply because we've been lucky enough not to have more people injured or killed at such an obviously dangerous junction?

"Local Liberal Democrat councillors will carry on fighting for this simple and cheap idea that could make life so much easier and safer for so many residents."

Cllr Tim McNally added: "Everyone who uses this junction knows how dangerous it is. We got a thousand signatures on our petition within a couple of hours.

"There should be a pedestrian phase at the very minimum and ideally a controlled crossing. At present there is no time to safely cross on foot as it is prioritised solely for vehicles.

"Older residents and children are afraid to cross here and we think the Mayor should listen to the thousands of local people who have signed our petition."

The Mayor's stated intention is to "smooth traffic flow" in the capital and his administration has proposed the removal of pedestrian crossings and traffic lights at many locations.