Waterloo Library in Lower Marsh is to be shut down and the site sold off by Lambeth Council under plans revealed this week. 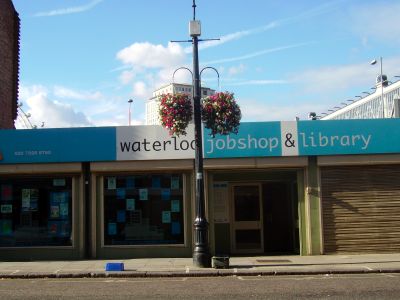 Among the ideas put forward are to sell Waterloo and Minet libraries which the council says have the lowest usage rates in the borough.

Money raised from the sale would be used to set up a Ł10 million endowment fund to secure the future of community libraries across the borough.

News of the closure plan comes just six weeks after the Lower Marsh library was refurbished with new furniture and equipment.

"Libraries are essential safe spaces for everyone and anyone to explore, to investigate and dream," said Cllr Jane Edbrooke, Lambeth's Labour cabinet member for neighbourhoods.

"We are committed to that but we have to face the reality of these drastic cuts to our budget. Lambeth is blessed with a great range of stuff to do, fantastic cultural and social assets that include libraries but to secure their future, we have to be ambitious about how they're run and how they could be better.

"Selling Minet and Waterloo libraries will give us a pot of money to support community libraries so this is an opportunity to be bold with ideas whether that's going digital or sharing space to generate income."

The council says it will use money from developers to set up a a one off Lambeth Library Challenge Fund during 2016 and 2017 specifically for Bishop's and Vassall wards to help local charities or social enterprises set up a community library run by volunteers.

As recently as 2012 Lambeth's ruling Labour group was promising to retain a library service in Waterloo run by paid staff from permanent premises.

What do you think of Lambeth's proposal?